Zhiqun Zhu is professor of Political Science and International Relations at Bucknell University. He has written extensively on Chinese foreign policy and US-China relations. 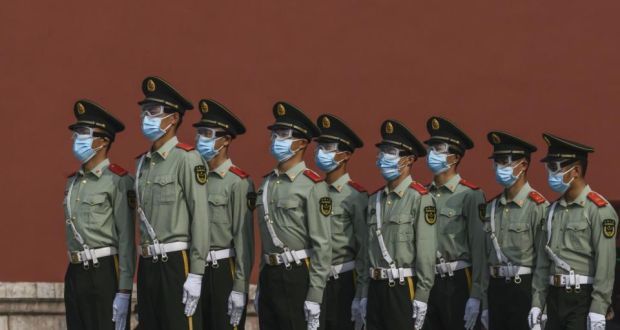 Recently the Chinese foreign ministry has taken an increasingly strident tone against the United States, Australia, and other countries. Dubbed “wolf-warrior diplomacy,” this new approach seems popular inside China and reinforces a presumed transition of Chinese diplomacy from conservative, passive, and low-key to assertive, proactive, and high-profile.

“Wolf-warrior diplomacy,” named after these movies, describes Chinese diplomats’ offensive to defend China’s national interests, often in confrontational way. China's foreign ministry spokespersons Hua Chunying and Zhao Lijian have taken to Twitter to hit back against external criticisms of China’s handling of the coronavirus outbreak and the poor quality of exported Chinese medical equipment. Zhao said in a tweet on March 20 that “if someone claims that China’s exports are toxic, then stop wearing China-made masks and protective gowns.” He suggested in another tweet on March 12 that “It might be (the) US army who brought the epidemic to Wuhan.”

Why is China resorting to “wolf-warrior diplomacy?” Has this aggressive style become the new norm?

First, this change did not occur suddenly. Since 2010, when China's GDP overtook Japan's as the world's second largest, the Chinese have become more confident and China’s foreign policy has become more assertive, gradually departing from Deng Xiaoping's taoguang yanghui dictum. As the Communist Party continues to promote “four confidences”—in our chosen path, in our political system, in our guiding theories, and in our culture—nationalism has been on the rise. “Wolf-warrior diplomacy” is an extension of soaring nationalism at home.

In recent years, President Xi Jinping has advocated “a fighting spirit” on several occasions, whether speaking to soldiers or party officials. This has apparently raised the morale of Chinese officials and diplomats, and encouraged a more assertive style.

“Wolf-warrior diplomacy” is evidenced not only in combative words but aggressive actions. For example, in early April, a Chinese coastguard ship allegedly sank a Vietnamese fishing trawler near the Paracel Islands. When Vietnam protested, the Chinese foreign ministry responded by saying Vietnam’s claims to the area are “illegal.” Then on April 19, the Chinese Ministry of Natural Resources and Ministry of Civil Affairs jointly announced the naming of 80 islands, reefs, seamounts, shoals, and ridges in the South China Sea, triggering angry protests from other claimants. The last time China named islands and other geographical features in the South China Sea was in 1983.

Read more in the source: https://mailchi.mp/pacforum/pacnet-26-interpreting-chinas-wolf-warrior-diplomacy?e=575bcd9a62