On 5-10 October 2020, the 4th International Research and Educational Programme "BRICS School" and the Contest for BRICS Young Leaders under the Russian BRICS Chairmanship took place in Moscow. 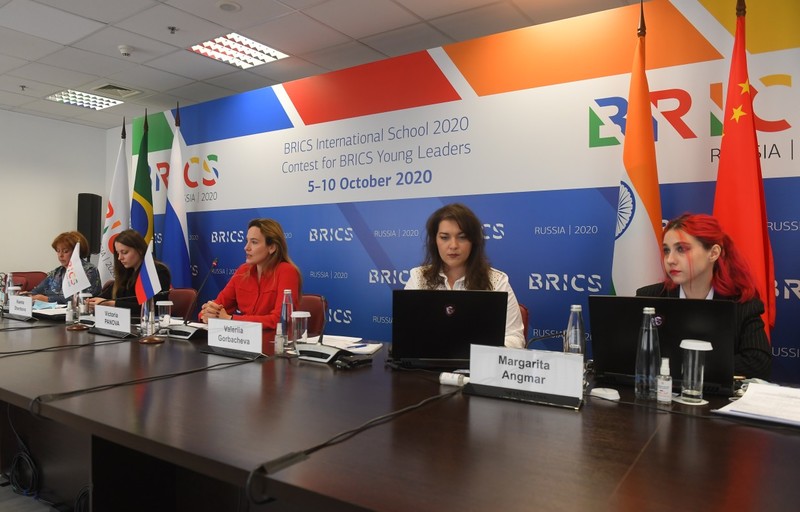 The programme is organized annually by the National Committee on BRICS Research with the support of the Russian Foreign Ministry.

80 young leaders, aged between 18 and 35, took part in the BRICS School, including scientists, researchers, undergraduate and postgraduate students, aspiring diplomats, public activists, entrepreneurs and journalists from Brazil, China, India, Russia, South Africa and other countries. BRICS School alumni from the previous years, who built a community of young leaders and continue to be largely involved in developing the youth agenda of the BRICS countries, were also among the participants.

This year, BRICS School participants had a unique opportunity to attend a comprehensive course of lectures specifically developed by leading Russian and foreign BRICS experts, as well as to take part in discussions and workshops, seminars, expand their professional knowledge, develop communication skills, explore the specifics of cooperation between the BRICS states, their place on the international arena, future goals and objectives of the five.

Leading Russian and foreign experts, representatives of public and private organizations, relevant ministries and line agencies, representatives of the business community, research institutes and universities with significant experience in the BRICS agenda took up the roles of BRICS School lecturers and mentors.

Winners of the Contest for BRICS Young Leaders:

Nomination "Towards a Brighter Future"

3 place - Vongani Muhluri Nkuna, University of Limpopo, South Africa
"Not business as usual in South Africa’s foreign policy under Ramaphosa: An Afrocentric critique of Russia-South Africa relations within the context of BRICS"