The Rise of Asia in Global History and Perspective: 60 Years after Belgrade, what non-alignment in a multipolar world and for a global future? / Session “BRICS – G20” 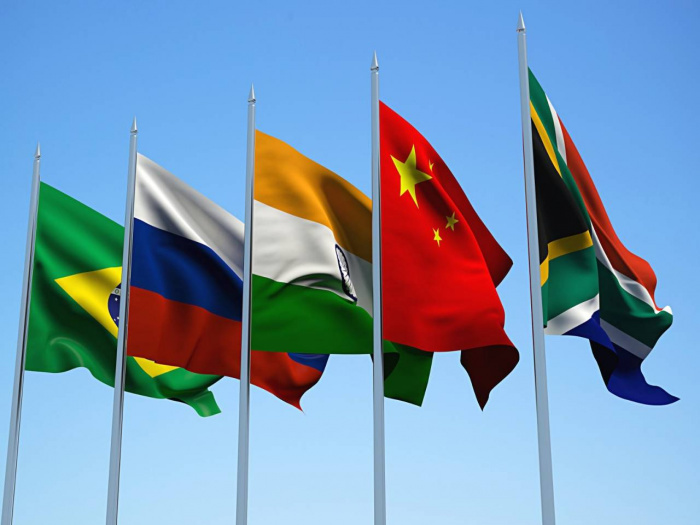 The Comprehensive Convention on International Terrorism: BRICS News Approachs on the Global Arena

The Comprehensive Convention on International Terrorism has been negotiated for more than twenty years, with recent advances perpetrated by some countries belonging to the BRICS. As the only international legal instrument in the fight against this global scourge, the countries that compose it are active in the diplomatic agenda on the subject, and are not overlooked in any of its negotiating summits.

Thus, this work is a continuation of the 2019 article, punctuating recent developments within the BRICS, both in relation to the external performance of the group and also in the internal legislative changes of each country that reflect how these countries see this global problem.

Contrary to the mere assumption that the group does not have concrete activities in the international arena, the BRICS continue to act together in a variety of themes, ranging from financing to development projects (Bank of the BRICS) to the remodeling of the architecture of world trade, even with apparently opposite governments, revealing the importance and its weight in International Relations.

Nevertheless, the theme of terrorism is a concrete agenda for the countries that integrate it, functioning as an amalgamation that unites them in a common objective. The Convention on Terrorism continues to be part of the group's diplomatic language, appearing again in the recent international policy statements made at the latest summits.

Even with the advent of a Pandemic capable of monopolizing and reshaping the international agenda and the efforts of countries, the work of terrorist groups has been increasing, with the activation of new cells and the maintenance of internet advertising. In this sense, the group's countries have passed new laws and policies on the topic, which further reinforce the ambiguity between genuine combat against terrorist groups and freedom of expression and destruction of opposition within a country, undermining democracy.

In this way, the work analyzes the recent laws passed internally by the countries, the combats and internal problems that still inflict them, attacks, restriction of freedom, reduction of democracy and external action in the implementation of the Convention on Terrorism.

The subject of the study is the legal and financial features of the BRICS trade cooperation and its practice in contemporary environment. The purpose is to identify problems that impede the effective development of economic relations, reveal challenges and put forward proposals for their improvement. The study shows that the BRICS countries have significant reserves for multilateral cooperation and support of trade relations. In this regard, harmonization of economic relations of partner countries is required to solve strategic problems with the goal of improving living standards of the BRICS population. By simplifying the access of entrepreneurs to credit, tax incentives for exporters of industrial goods, flexible conditions for direct and indirect financing, expanding participation of institutional investors and development banks with BRICS participation in putting strategic programs into action we can contribute to sustainable economic growth of partner – countries.

Actually, trade cooperation of Brazil, Russia, India, China and South Africa is one of the priority areas of the Economic Partnership Strategy of member-countries.  In the list of key objectives of this Strategy is a promotion of trade cooperation, expanding access to the stock markets of member countries and diversifying investments. It is noted that acceleration of trade cooperation, along with other areas, is designed to strengthen balanced and inclusive economic growth, as well as increase the level of international competitiveness of the BRICS economies, which account for 17,3% of world trade in goods, 12,7% of world trade in services, 21% of global gross domestic product (GDP).

Currently, the process of supporting economic relations and expansion of national currencies also depends on the instruments, used in trade and cross-border regions with neighboring countries (Mongolia, Vietnam, the countries of the Eurasian Economic Union, etc.). Areas of interactions and preferential “green lights” for partner countries are being discussed and can include energyproducts, wood processing, agriculture, machinery and equipment, innovations, finance, infrastructure development, medicine, environmental protection. Mechanism of public–private partnerships, creation of multinational enterprises with participation of BRICS business entitiesplayan important role in facing new challenges. Intergovernmental support for commercial, industrial centers, aimed at expanding trade ties, can also open up broad prospects, including the framework of multilateral investments and entrepreneurship development.

The Covid pandemia has brought the world economy and trade to its knees. Even the BRICS countries, with the exception of China, suffered huge losses in GDP, social wealth and employment in 2020. They say the negative effect of the pandemic will be worse than that caused by the global financial crisis of 2007-8.

As in their initial spirit, then as a response to the Great Crisis, the BRICS are now proposing again the founding values ​​and their development programs, not only to consolidate their cooperation, but to actively promote the reform of the entire world political, economic and financial system, respectful of sovereignty and multilateralism

The New Development Bank assumes an even more central role in some aspects of the program. Important is the renewed promotion of the use of national currencies in the financing of development projects and in the system of payments within the BRICS. This recognizes the growing inability of the dollar to manage on its own the old system born in Bretton Woods in 1944. It is a strategic step towards the possible creation of a new, fairer international monetary system based on a basket of currencies.

With the support for the suspension of the payment of the sovereign debts of the LDC countries, also promoted by the UN and the G20, the BRICS intervene forcefully in the process of managing and revising the debt. After central banks of the so-called advanced world in 2020 injected $ 7.5 trillion of liquidity and the governments created $ 12 trillion in public aid out of new debt, the debt issue can no longer be used to justify austerity and underdevelopment measures.

In addition, the NDB intends to develop new financial instruments to create additional productive credit capacity exclusively directed towards development projects and sectors of the real economy. This is in contrast with speculative finance that is causing dangerous financial bubbles to grow dramatically.

These are measures that prepare the ground for the creation of a new global economic-financial architecture. It will be up to the advanced countries, starting with the European Union, to give positive responses to these initiatives and proposals. A real joint collaboration against the pandemic could be the test case.

For a new world economic order: the principles of sustainability applied by the BRICS NDB Bank and the main Multilateral Development Banks MDBs

The principles, policies, practices on sustainable development, in its triple economic, environmental and social dimension, are the common platform that all United Nations member states have approved and built since 2015 to promote the start of a new world economic order. This basic political decision, confirmed and renewed on several occasions over the past few years, is being translated into new growth strategies, plans and programs that involve, albeit with different methods and times of implementation, the international institutions, governments, major public and private operators. The global health and economic crisis caused by Coronavirus has confirmed the value of the analyzes on the fragility of the development model followed so far and the need to accelerate the processes of change with a more intense common effort.

In accelerating this corrective process, an important role is recognized by international institutions, such as the United Nations and the European Union, to multilateral development banks, as promoters of the diffusion of new investment guidelines and methods, structures able to guide and condition the choices of private operators in the direction of truly sustainable development, to act as engines for the reconstruction and a growth oriented to the quality of development.

In this context, it becomes important to have a clear vision of the principles, criteria, performance and result indicators, which guide the choices of the main Multilateral Development Banks MDBs; in other words their sustainability assessment models. To this end, the Author illustrates the main results of a large study conducted in 2020 by the EURISPES Institute (Rome-Italy) which presents a comparative analysis of the sustainability models applied by the BRICS NDB Bank. and the following development banks: the European Investment Bank (EIB), the European Bank for Reconstruction and Development (EBRD), the Asian Infrastructure Investment Bank (AIIB), the African Development Bank (AfDB), the Central American Bank for Economic Integration (CABEI), the Latin American Development Bank (CAF), the Islamic Development Bank (ISDB), the World Bank (WB).

BRICS and AFRICA: the need of a new investment paradigm for sustainability

The “Rise of Asia” has promoted the BRICS grouping and now the BRICS need to show leadership and innovation in the theatre of international financing for development.

The new normal after the pan-crisis generated by the COVID-19 Pandemia is yet to be established but it is clear that sustainability will have to play a prominent role. International relations are getting more and more interlinked and emerging economies are more active on the scene of trade and development than ever before. In future this will continue to increase.

Emerging and developing countries have significantly increased their weight in global GDP and in global economic growth.  Part of their financial  resourcesis still invested in developed countries, with low yields while there are large unmet needs in the emerging and developing countries in the field of infrastructure and sustainable development. A shortfall of investment of approximately US$1 trillion annually was estimated already in 2012 ,  before the definition of the SDGs. Today the needs are much greater.

The leaders of the BRICS nations have committed to the creation of a new Development Bank which would be a complement, not a substitute, for existing financial institutions both in the public and the private sector. Yet it will need to have a different character in order to gain a personality with a good reputation.In fact it could also strengthen the voice of developing and emerging economies in the development finance architecture and more importantly, boost the South-South cooperation agenda both in quantity and quality.

Despite the strong language of political declarations, the BRICS, concretely, have yet to provide clear signals of innovation and differentiation about financing sustainable development which is now a request o9n the political dialogue both bilaterally and multi-bilaterally with African Nations.

The new paradigm will be all about measuring sustainability and impact to raise international profile of the political interactions.

In this framework it is a political imperative for the BRICS to promote the interests of the developing world  and to contribute strongly to South-South cooperation agenda.

Transparency and Sustainability will be of essence. The (not-so-technical) aspects of providing a framework and the metric for sustainability due diligence are paramount.

The BRICS countries have many lessons around to avoid mistakes of the past made for example by the EU or by others.

A strong clear SDGs focus is a must. In factthe strong unifying factor the glue today in the BRICS to pursue external policy on financing development is, in fact, the SDG framework. This gives a strong sense of purpose to add to the strong rationale and inspires the conclusions and recommendations of this paper.