W.P.S. Sidhu / BRICS: From a big bang to a whimper

Given the internal contradictions, the past of the BRICS might be more noteworthy than its future. 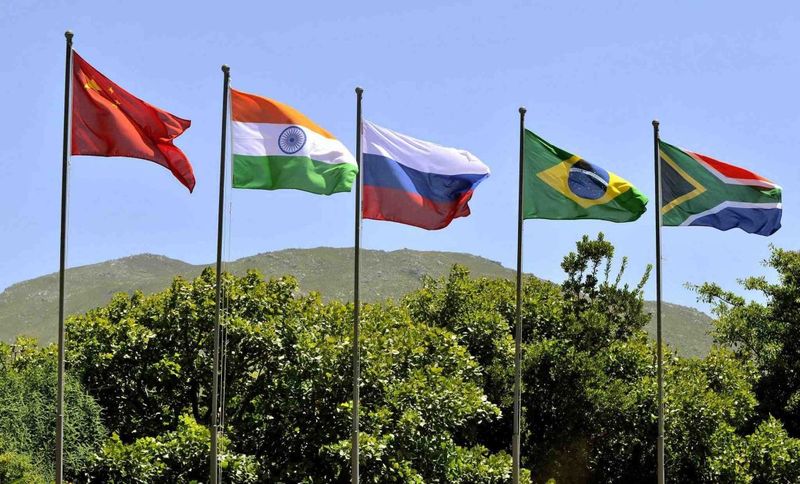 The 9th Brics (Brazil, Russia, India, China and South Africa) summit in Xiamen began dramatically with a big bang, but it was not the kind of noise that host China would have wanted: the unannounced sixth and biggest nuclear test by China’s enfant terrible ally, North Korea. This test literally and politically stole the thunder from China’s grandiosely titled “Brics: Stronger Partnership for a Brighter Future” summit.

Having barely worked out a face-saving disengagement with India at Doklam, which paved the way for Prime Minister Narendra Modi to attend the summit, Beijing was clearly expecting to use the occasion to advance its national, regional and global interests. Instead it had to contend with US President Donald Trump’s “twiplomocy” following the North Korean test, where he chided that Beijing’s closest ally “has become a great threat and embarrassment to China, which is trying to help but with little success”. At best this tweet makes China looks ineffectual and at worst conniving.

This not only marred the carefully choreographed summit but also highlighted a fundamental question about the raison d’etre of the group: Can the Brics advance their collective development and political agenda without resolving some of their internal and intra-group ideological differences, political tensions, and economic contradictions? The answer, despite China’s best efforts to push for a stronger partnership, has to be “no”.

In a background document titled Theme And Cooperation Priorities Of 2017 BRICS Summit, published in January, a “partnership dedicated to improved global economic governance” was stressed without any similar emphasis on improving global political governance. Instead, there was merely a plea for a “partnership that upholds world peace”. Even here, the document candidly acknowledged— months before the Doklam confrontation between China and India—the “need to further enhance strategic mutual trust” especially in “preserving international and regional peace and stability”.

Herein lies a key contradiction: can countries like India, Brazil, and South Africa (Ibsa), uphold world peace without being part of the global peace and security decision-making process centered in the UN Security Council (UNSC)? The answer is obvious. Similarly, the absence of regular consultations between the two Brics members on the UNSC and the three aspirants to it reveals that China and Russia merely want the support of the Ibsa countries for the positions the duo take in the council without providing the Ibsa members a voice, let alone push for their permanent membership.

This duality is evident in the Xiamen summit declaration on reform of the UNSC, which remains a cut-and-paste section from previous versions. The section, like that of previous summit declarations, merely states: “China and Russia reiterate the importance they attach to the status and role of Brazil, India and South Africa in international affairs and support their aspiration to play a greater role in the UN.”

Similar political contradictions abound in the Xiamen declaration. For instance, the call for “upholding a fair and equitable international order based on the central role of the United Nations... and respect for international law, promoting democracy and the rule of law in international relations” sounds patently hollow, especially given host China’s blatant disregard for the Law of the Sea Convention and its cursory dismissal of the ruling of the Permanent Court of Arbitration in The Hague on the South China Sea dispute.

Additionally, while the declaration makes a pitch for promoting nuclear energy and “predictability in accessing technology and finance for expansion of civil nuclear energy capacity”, any such efforts are likely to be ineffective until China supports India’s entry into the Nuclear Suppliers Group (NSG), which is a crucial forum to ensure this “predictability”. Today India is the only Brics country which is still not a member of the NSG on account of host China’s intransigence. Thus, the declaration is making a collective promise that host China is committed to scuttle.

Moreover, for the first time the declaration also lists several terrorist organizations, including the Taliban, Islamic State, Al-Qaida, the Haqqani network, Lashkar-e-Taiba and Jaish-e-Mohammad. Normally, this should expectedly lead to a collective effort to ban and target leaders and individuals of these organizations. Yet China is unlikely to retract its technical hold on designating Masood Azhar, the Jaish-e-Mohammad chief, as a terrorist at the UN.

Finally, although the declaration deplores the test conducted by North Korea, it emphasizes a peaceful settlement through a “direct dialogue of all parties concerned”. Yet, curiously, for a group with two UNSC members, the declaration offers no initiatives that China and Russia or the Brics might collectively undertake to break the dangerous escalation on the Korean peninsula.

To be fair, the summit did have a series of promising initiatives related to sustainable development in Africa, promoting green development and low-carbon economy, a no first placement of weapons in outer space, and even a Brics Remote Sensing Satellite Constellation. However, all of these will come to naught until the members, especially China and India, can resolve their political differences.

As a host, China might have wanted to set the group on a path towards a brighter future. However, given the internal contradictions, the past of the Brics might be more noteworthy than its future.

W.P.S. Sidhu is visiting professor at New York University’s Center for Global Affairs and associate fellow at the Geneva Centre for Security Policy.