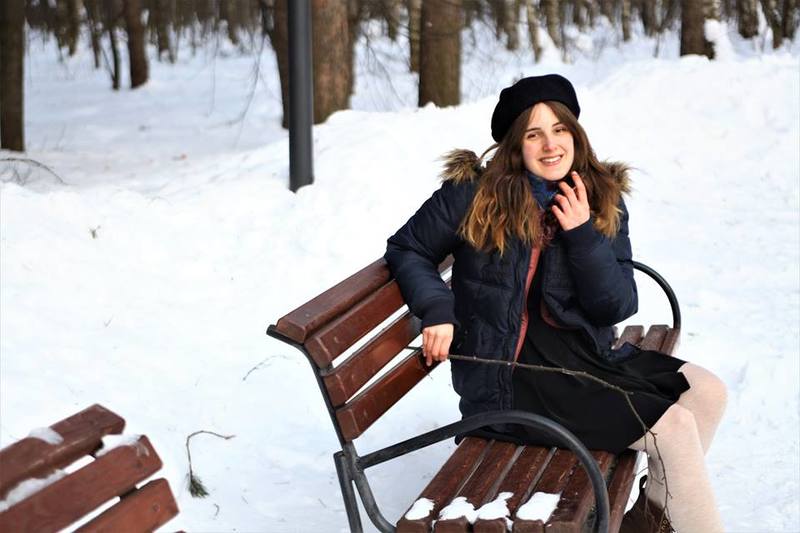 My master degree at the Pushkin State Institute in Moscow is oriented on Intercultural Communication and Russian language. After the BRICS International School, which was held in Moscow on August, 2018 I went to the conclusion that Russian language should definitely take a place in the development of the diplomatic relations between BRICS countries, to become a language that could unite different countries, nations and cultures together.

English became a global language that we all use to communicate and express our opinion, for public speech and diplomacy. But nowadays it is not enough o overcome the boarder of cultures and languages. My aim as a student is to develop a multicultural dialogue between five countries to show the diversity of the BRICS countries. The BRICS economy play more and more importance on the international scene and their languages (Chinese, Russian, Hindi, Portuguese and S.A. languages) should also get the opportunity to play an important role, especially in the field of education and cultural exchanges. This would lead to a different way to overcome the cultural differences between BRICS countries. Even if, English remain a diplomatic language on the international scene, the strength of the BRICS should provide dialogue for an understanding of cultural differences.

I would like to develop a cultural and linguistic BRICS program or exchange, where specialists, teachers and students from BRICS countries would represent  their language and culture to get another approach on the question «What is BRICS ?» to have a great insight on each country.

Russian language would be very useful within  BRICS countries because nowadays it takes more and more place on the diplomatic scene, more and more students especially from BRICS countries learn Russian (in the Pushkin State Institute there are a lot of students from China, India and Brazil who want to learn Russian). Some of them learn it because they want to develop trade between China and Russia or to discover Russian culture or to become a teacher of Russian language in their native country, or to get a more knowledge on Russian writers, linguists or historians. We should take in consideration these new opportunities to apprehend BRICS from another side. Now its time for the BRICS to define the new mosaic of the world but not in trying to be a superior to the Western World but in highlighting language, culture and art to make our world a better place to live when we can access to literature that is hidden in the language.

For this, it would be interesting to learn more about writers, thinkers, economist that brought a contribution in BRICS countries. Russian writers like the great Russian poet Pushkin, Dostoyevsky who described and went deep to the psychology of human being by mental dialogue, or Tolstoy who wrote about the relation of Russian people with their land. Those writers wrote in different times but both wrote about the history and the state of their country and their peoples. They influenced their century and it is useful for us, non Russians to know them better and to read them, why they became a reference for the Russian people and why everyone read them. These examples are keys for better understanding of our century, the politics issues, particularities and mentalities of the different cultures. We should do the same with China, get to know more Confucius and its philosophy, India with Gandhi and the great economist and thinker Kautilya. To conclude I will insist on the fact that the strength of BRICS must reside in its cultural and linguistic diversities to create an authentic dialogue, hand in hand.