The Trump Presidency: A New Opportunity for the BRICS? / Richard A. Black

Richard A. Black, The Schiller institute 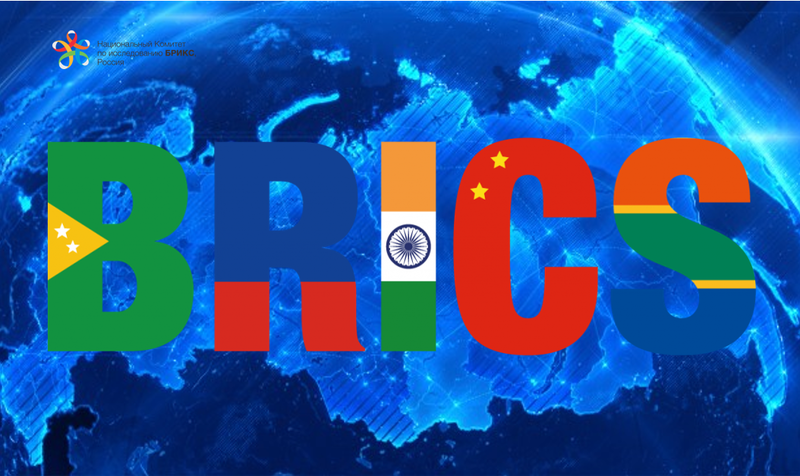 During a press conference in Moscow on November 19th, 2018, following a conference marking the 20th anniversary of the International Space Station, Roscosmos director Dmitry Rogozin and NASA’s manned mission director Bill Gerstenmaier affirmed the strength of the Russian-American cooperation in space. Rogozin said that Russia is working on a heavy booster rocket and a new spacecraft to complement American projects intended for a future moon mission.

“We absolutely trust each other, and political winds haven’t touched us,” Rogozin said. Gerstenmaier spoke in kind, noting that space exploration “has driven us together” as effective partners that could “be an example to the outside world.” “Human space flight is very unique in the fact that it requires absolute trust between each other. To make this work, we have to be totally transparent with each other.”

This close current US/Russia collaboration may be surprising to some. Yet, with fundamental scientific collaboration among the BRICS nations so active and central to their economic development, and with President Trump’s re-focus of the United States on a manned-landing on the Moon, on Mars exploration, and with President Trump’s revived mission statement for NASA “to search for life’s origins, evolution, distribution and future in the universe,” there may be a pathway for first-time American collaboration with the BRICS nations. Meeting in Moscow recently, with South Africa’s Minister of International Relations and Cooperation, Ms. Lindiwe Sisulu, Russian Foreign Minister Sergei Lavrov stressed, “We maintain very substantive cooperation in high-tech, and have signed an agreement on the use of nuclear energy for oncology treatment. We have a working group on space exploration…”

In March of 2017, President Trump signed a bill authorizing a boosting of the NASA yearly budget to $19.5 billion. A radical break from the “cost-cutting” approach to space flight of the Obama years, NASA was ordered to submit a “human exploration roadmap [to] expand human presence beyond low earth orbit to the surface of Mars and beyond,” and to “engage our partners across the world.”

Following the Summit between Presidents Xi and Trump in Buenos Aires on the sidelines of the recent G20 meeting, President Trump stated, "This was an amazing and productive meeting with unlimited possibilities for both the United States and China. It is my great honor to be working with President Xi." At the same time,Xinhua reported that "Chinese President Xi Jinping and his U.S. counterpart Donald Trump held a 'highly successful meeting' here Saturday, reaching important consensus and agreeing not to impose new additional tariffs." The day following the G20 meeting, President Trump tweeted that "President Xi and I, together with President Putin of Russia will start talking about a meaningful halt to what has become a major and uncontrollable Arms Race. The U.S. spent 716 Billion Dollars this year. Crazy!"

President Trump has repeatedly campaigned in the US for normalizing relations with The Russian Federation and for returning to his initial positive attitude towards China. The question is: "Will discussions between the Presidents of these three superpowers move towards what Schiller Institute President Helga Zepp-LaRouche calls 'a new ordering principle for a disunited world'”? What is that new ordering principle?

Let us note, here, that the possibilities for economic development which we have indicated are all immediately threatened by a series of vast debt bubbles, now at the bursting point, in the West. In the US, The Washington Post published an article, recently, entitled, “Is the Financial Time Bomb in Sight?” The combination of years of speculation, driven by Quantitative Easing, the current reverse carry-trade, the US corporate debt bubble of $14-15 trillion--mostly of leveraged lending--now have all combined to create the conditions for a collapse perhaps worse than that of 2008. Schiller Institute President Helga Zepp-LaRouche addressed this crisis and posed a comprehensive solution in a recent address given in Moscow.

On October 24, 2018, at The Institute of Far Eastern Studies of the Russian Academy of Sciences, Mrs. Helga Zepp-LaRouche presented a paper in which she stated, in part: “What my husband, Lyndon LaRouche, has already proposed several years ago is still valid: The four most powerful nations in the world, the US, Russia, China and India—supported by others like Japan, South Korea and others—must set up in the short term a New Bretton Woods system, to avoid the potentially devastating consequences of an uncontrolled financial collapse. The new international credit system must correct the flaws of the old Bretton Woods system, which was not realized as President Franklin Delano Roosevelt intended, but was corrupted by the influence of Churchill and Truman. It must guarantee the unconditional sovereignty of each and all nation-states participating in it, and it must promote their unlimited opportunities to participate in the benefits of scientific and technological progress to the mutual benefit of each and all.

“This New Bretton woods system must have as its most important feature a profound change in the monetary, economic and political relations between the dominant powers and the so-called developing nations. Unless the inequities lingering in the aftermath of modern colonialism are progressively remedied, neither can there be peace, nor can such challenges as the migration crisis or terrorism be overcome.

“The basic conception for such a new credit and economic system already exists in principle in the Belt and Road policy of President Xi Jinping. In the five years of its existence, it has created an unprecedented dynamic of hope and optimism among the approximately 100 countries participating in it, and given the rate of progress in such a short time, it is obvious that the goal defined by President Xi Jinping, of a ‘beautiful world’ by 2050 for all humanity is absolutely achievable.

“The new set of international relations required for the New Paradigm is already in the process of being built. The increasing integration of the Belt and Road Initiative, The Shanghai Cooperation Organization, the Eurasian Economic Union, and the Global South organizations, is progressing successfully and is already creating completely new strategic alliances for the mutual benefit of all participating in them. The ‘Spirit of the New Silk Road’ has caught on in most countries of Asia and Latin America; it has for the first time in centuries given hope to Africa, which President Xi has called the continent with the greatest development potential and which President Putin has promised to ‘light up by providing it with nuclear technology.’ Many are now speaking of ‘Africa, the new China with African characteristics!’ And despite the reluctance of the European Union and the present Berlin government, there are an increasing number of people in Europe, who want to be fully integrated in the New Silk Road, such as the 16+1 countries, Spain, Portugal, Switzerland, Holland, Belgium, but especially Austria and Italy.

“The biggest and unavoidable challenge however will be to find a solution which includes the US. Given the actual  level of militarization of the US, both in terms of the armed forces as well as the arming of the population domestically, the chance that the US would disintegrate or accept to be excluded from an alternative world system as peacefully as it happened with the end of the Soviet Union is probably tending to zero. The military policy of President Putin, announced on March 1, regarding Russian military science and the strategic alliance between Russia and China, shows Russian and Chinese clarity on this. So, if the Thucydides Trap is supposed to be avoided, there has to be a design of a solution, which integrates the US in a higher order of organization of the world order.

“The common political platform offered must be conceptualized from the standpoint of what Nikolaus Kusansky defined as a completely new form of thinking, his famous ‘Coincidentia oppositorum,’ the One, which has a higher order of reality than the Many. This is already implicit in President Xi Jinping’s conception of the ‘Shared Community for the common future of Mankind.’

“Rather than approaching the question of the new set of relations among the nations of the world from the standpoint of proceeding from the status quo, the vision of how the human species will have grown into adulthood in 50 or 100 years from now must provide a concrete set of policy cooperation proposals. By that time, according to the scientific theory of Vladimir Vernadsky, the Noosphere will have advanced its dominance over the Biosphere qualitatively, and new generations of scientists and classical artists will communicate with each other based on the search for new physical ans artistic principles.”

If the nations of the BRICS grouping can proceed from such an advanced standpoint, there is the possibility that President Trump can reverse President Obama’s early explicit and hostile rejection of President Xi’s invitation for BRICS cooperation. Mrs. LaRouche concluded her well-received address at the Institute of Far Eastern Studies by stating: “The ordering principle for a disunited world today can become the basis for joint leadership of the presidents of China, Russia, India and the United States.”

Given the frenzy of the Russia- bashing in the West and the foolishness of the recent New York Times series on China as the country that "refuses to fail," advertising the march into the Thucydides Trap, it may seem unlikely to many people in the world that the US and the BRICS could find a common pathway. The only perspective from which to address this existential question is the one from the future. Where do we want mankind to be a hundred years from now? Do we want to be extinct, where there will not even be a British Museum to collect the remnants of a nuclear rubble-field, or do we want to live in a New Paradigm, a completely new set of international relations where we together enjoy the benefits of energy and raw materials security, as a result of having achieved commercial thermonuclear fusion energy and having built villages on the moon?

Lets take the latter approach and be optimistic about it, since we are the only creative species known in the universe, so far.