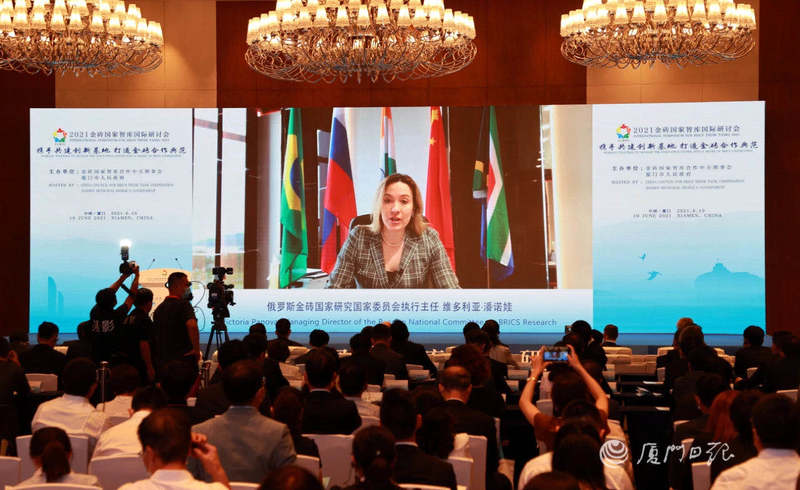 Themed "Working together to develop the innovation center into a model of BRICS cooperation," the symposium attracted over 200 experts, industry and government officials, and representatives of international organizations and business associations both offline and online.

The symposium focused on promoting the development of the BRICS innovation center, boosting investment and trade facilitation, and enhancing financial innovation and cooperation.

Anil Kishora, vice president and chief risk officer of the New Development Bank, said that with the increasing use of digital technologies, services could flow beyond borders, which can help BRICS collaborate more and build on existing economic ties. Between 2000 and 2020, BRICS' share of global trade increased from 8.3 percent to 17.5 percent.

Victoria Panova, managing director of the Russian National Committee of BRICS Research, said in a pre-recorded video address that BRICS countries have seen closer cooperation on science and technology in the past five years.