On the 100th Anniversary of Lyndon LaRouche's Birth 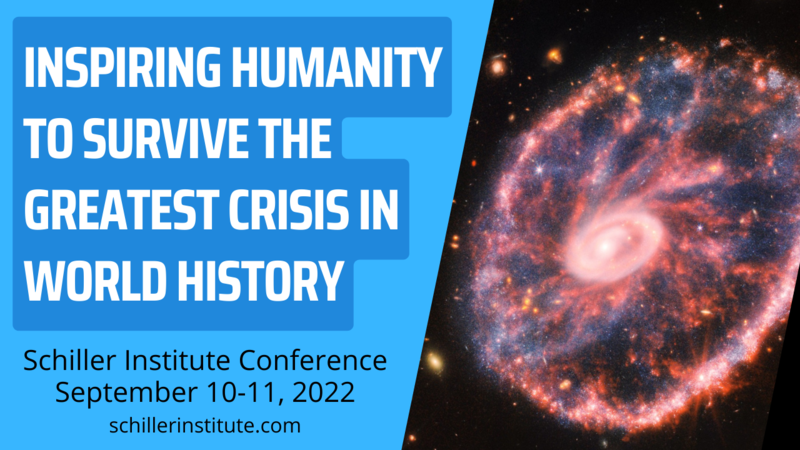 Today, we are all living through the most dangerous moment in all of known history. The threat of thermonuclear war, unprecedented starvation and famine, and the rapid transmission of new species of diseases, are all happening at once, encouraged by the Malthusian policies of a mad faction of the trans-Atlantic elite. They engage in war after war, coup after coup, which, no matter how much they deny it, can lead to the deaths of billions of people through thermonuclear carnage, perhaps even in the short term.

The smug Anglosphere proconsuls who call their “unipolar world” dictatorship design, “the march of democracy,” assert their right to invade anyone’s nation “to save the planet,” but howl in protest when, after the violent overthrow of the elected head of state in Ukraine in 2014, an eight-year war, and the ignoring of the UN-supported Minsk Accords, military action is taken by Russia. Not only are relations between Russia and U.S./NATO at an all-time low, but provocations with China are not far behind. The continent of Africa, and nations in Asia and South America are told to choose between the contrived construct “U.S./NATO vs. Russia/China,” but isn’t this really the old colonialism in new clothes, with labels like “climate security,” “the autocracies vs the democracies,” etc.?

This view must be rejected in favor of establishing a new, inclusive world security and development architecture, with an advanced world health platform, including food, water, and other health essentials, as the immediate area of cooperation among nations. Now, instead of cooperation, nations are told they have to take a moral stand in conflicts which they did not initiate, did not consent to, and cannot explain to their own populations. This usually costs them in lives and fortune, and is of no benefit to them. But the world has moved on from the unipolar dominance of 1990. One hundred-fifty nations have embarked on an entirely different road, sometimes referred to as the Belt and Road Initiative, but actually a new process with a completely different orientation with the purpose of establishing a harmony, of interests–economic, scientific, and cultural–not a dictatorship of “democracies.”

The world is only now coming to realize, one hundred years after his birth, how advanced the economic ideas and forecasts of Lyndon LaRouche have been over the past more than 50 years. From the August 15,1971 decoupling of the U.S. dollar from the gold standard, to LaRouche’s June 2014 economic report presenting “Four News Laws” to save the U.S.A. and the world economy, Lyndon LaRouche provided solutions for each phase of the crisis of the past decades. The purpose of this conference is to deliberate upon and propose solutions, based upon LaRouche’s principles of physical economy, which might still, even at this late date, rescue mankind from what might appear to be, but need not be, the road to self-destruction, even self-extinction.

PANEL ONE: How to Inspire Humanity to Survive the Greatest Crisis in World History

PANEL TWO: Defend the Right to Deliberate! Speak Out Against Blacklists and the Suppression of the Search for Truth

PANEL THREE: “Presenting the ‘LaRouche Library:’ LaRouche in Dialogue with the World’s Nations”

PANEL FOUR: The Art of Optimism: Using the Classical Principle to Change the World

PDF of this invitation